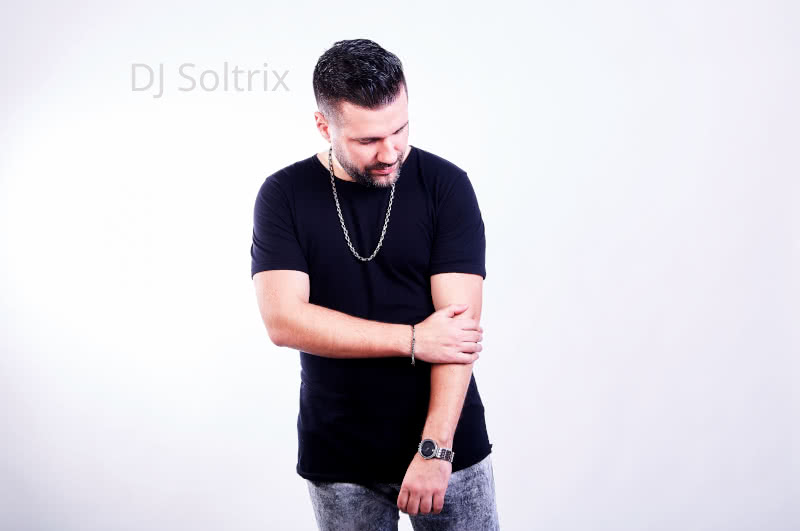 Because of the wonderful live performances from DJ Soltrix during the quarantine, I got the idea to interview him. The whole thing was quickly arranged by Instagram.

I think, pretty much every bachata dancer should know him, because he is for sure one of the most famous bachata DJs of all time. His style is unmistakable and his remixes were among the first ever and are big hits.
He is such a nice and modest guy, as you will surely see on the next pages. Have fun reading!

Hi, how are you? Please tell me your real name and where are you born.
Hey, how’s it going? My name is David Rodriguez and I was born and raised in Tampa, FL.


Where do you live now? And how does this affect your music. I mean, is there a lot of Salsa and Bachata where you live?
I still live in Tampa, but I travel just about every weekend for DJ gigs. There is plenty of salsa and bachata in Florida, especially in Tampa. (Which is probably why I haven’t moved from my hometown yet...hahaha!)


Do you play an instrument?
I play a little piano. It’s actually necessary to know basic piano chords when you’re in production, so thank God I didn’t skip on those piano lessons when I was a kid.


How do you get along with the actual situation? I have seen that you are streaming DJ-sessions nearly every day on Instagram and Facebook. That is really fantastic.
Thank you! I’m actually coping fairly well. The only thing I miss is being able to travel and sharing my music passion in different cities throughout the world. However, the online streaming sessions have brought a lot of people in the dance community together and I’m glad I could still be used to shine my light during this time of darkness. 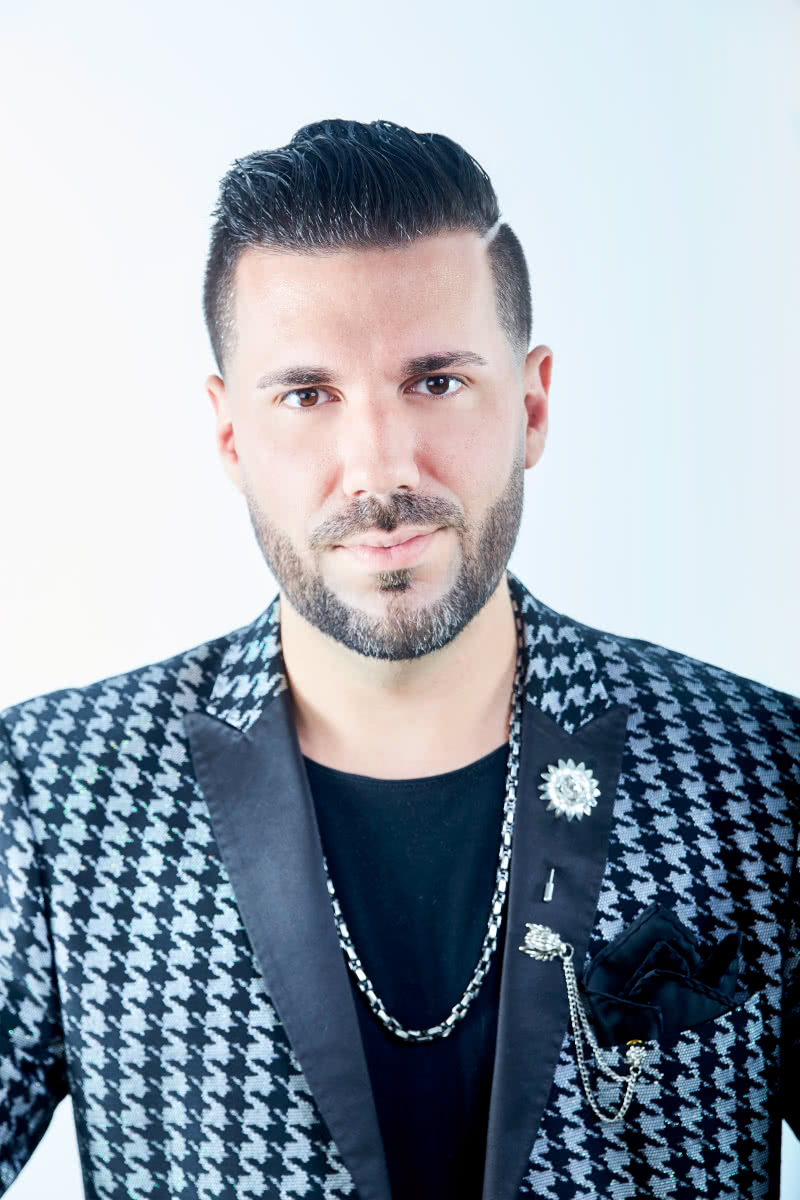 When did you have your first contact with latin music?
My first contact? That would be hard to say. Both sides of my family are Cuban so I was practically raised with Latin music. My dad was a spanish radio broadcaster and my mom loved dancing salsa. As you could imagine, we’ve had a lot of parties and family gatherings where Latin music was played in the background or on the dancefloor!


When did you decide to become a DJ?
I would say faithfully listening to other DJs mixing on the radio lead me into discovering my passion for DJing. I was in high school during that time and I knew this was what I wanted to do!


Who are your biggest influences?
My biggest influence is a Trance music producer from the Netherlands who goes by the name of Armin Van Buuren. Everything from his image, his talent, his music his character and so on...I was influenced by.


Why do you like especially Bachata? And what do you think about Dominican Bachata?
The truth is I never knew I would fall into the world of Bachata! I’ve actually grown to love it since a lot of people love what I do. I also love Dominican Bachata! As a matter of fact, I prefer dancing Dominican Bachata over sensual. (Don’t kill me, sensual dancers! Hahaha.)


In your live sets you mix a lot of modern Bachata and Dominican Bachata. It is really easy for you to unify the “two worlds”. So, what do you think about the discussion, that only Dominican Bachata is the real Bachata?
To me, Dominican Bachata is the root that cultivates the genre. Every other sub-genre like modern and urban Bachata is what makes the overall genre look more versatile and beautiful in today’s modern-day world. Every genre of music is constantly evolving and to see how far Bachata has come is truly amazing!

You were one of the first real famous Bachata remix Djs. How did that happen? Did you wake up one morning and said to yourself: “Well, that song would be a real good Bachata”? When did you start mixing music into this unique style?
I would say it was back in 2013. I heard a cha-cha remix to Coldplay’s classic single “Clocks.” I thought that was very creative and innovating so I decided to experiment and do that same song into bachata. That became my first bachata remix that I have ever produced and the feedback was incredible! After seeing that there was nobody doing this and that there was a market for this type of music, I decided to go full force into producing bachata remixes. 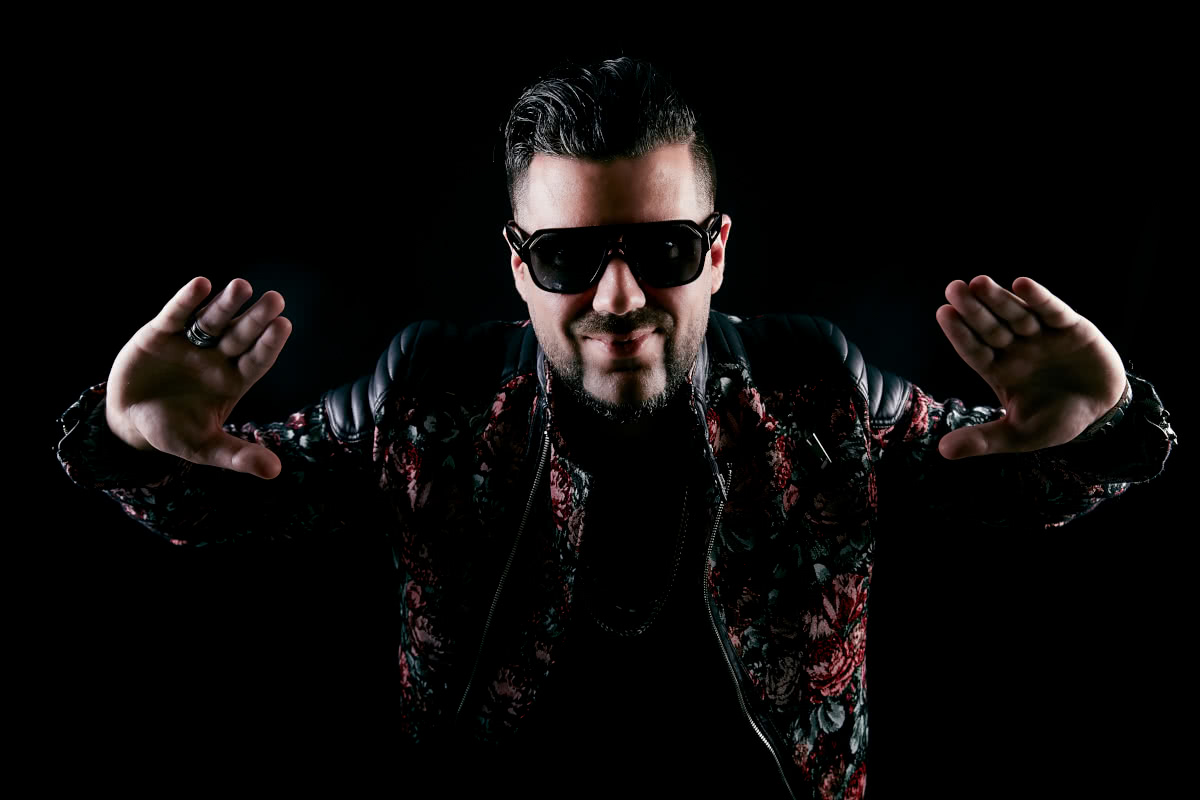 How did you choose the songs to mix? Is it only your personal taste or do you have also other reasons?
Some of them come from requests sent by fans, others were made from my personal taste or songs that I like, and then there are some that I did for meaningful purposes.


There are a lot of Dj’s out there who now also produce remixes. What in your opinion is a good remix and what should a remixer care about most?
Quality and creativity are the two things I look for when I listen to a new bachata remix. Everything has to be mixed perfectly to the point that you could hear every instrument in the track. At the same time, you don’t want to bore your listeners so you want to add a lot of creative elements like breakdowns, effects, trap sections...you know, the fun stuff! I believe you dancers call it “musicality.” A remixer should add musicality parts to their remixes.


Now that you are more famous and more people know you worldwide as an artist, did your life change?
Yes, it did. Exponentially! One of the biggest things that has changed was discovering my love for travel. I never traveled! As a matter of fact, I used to be so scared of planes that I never thought I’d be flying as much as I am now. Because of all the traveling, I also got to learn about what music is heard in different parts of the world. But yeah...traveling would be the big life change for me. My life went from slow pace, stuck in the studio endless nights, working the local club bars...to FAST PACE, traveling almost every week and DJing all over the world.


Are you in contact with some of the artists whose songs you have mixed? What do they say, given they are reaching a complete new audience?
The most notable ones that have reached out to me are The Weeknd’s management team and Russ. They were both thrilled with the bachata versions I did! Although no record deals or official releases came out of it, I’m just glad that they heard my work and they loved it.


In your opinion, which direction is modern Latin music heading?
I believe it’s heading in the right direction already. I believe it’s going to dominate the music industry in the near future! Look at all the major label recording artists that have done collaborations with Latin music artists.


Is there anything you want to add?
No, thanks so much for having me!

My tip: listen to his live sessions on Youtube (almost daily!). They are simply brilliant and are a lot of fun!