A (Bachata-) video goes viral - my analysis of an unexpected succes 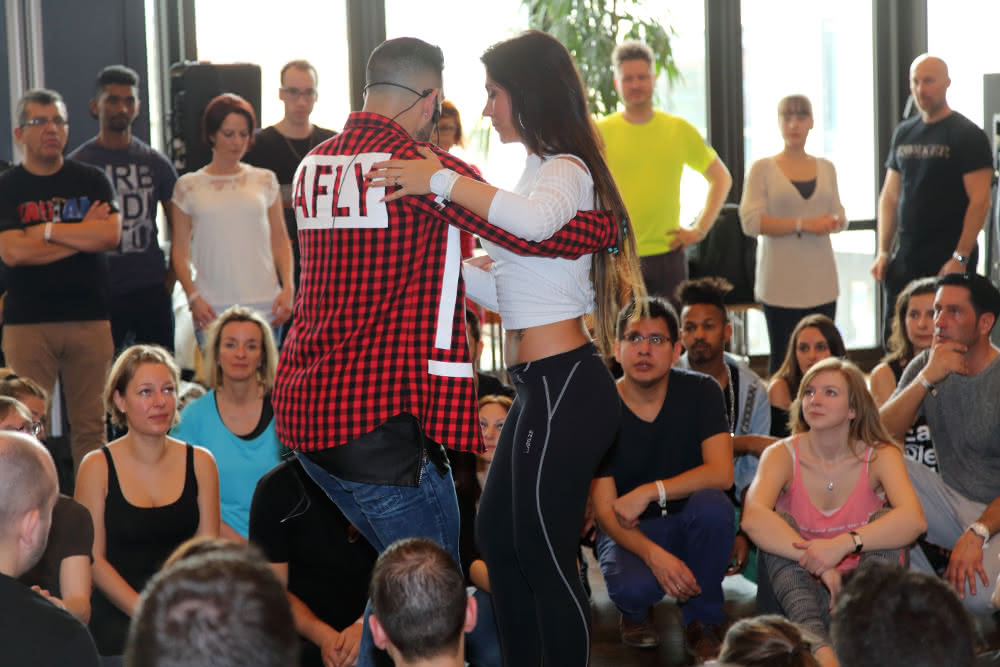 Videos in social media sometimes get a lot of attention. If so, and the number of views reaches really high quotes, people say the picture or video gets viral. Usually this happens to videos from teenagers who give make-up tips or funny videos from people getting hurt or falling with their skateboard from a roof. ;-)
Viral videos are an interesting phenomenon and it happened to one of my videos. That's really fantastic! The interesting thing about this, it is a bachata dance video that got a lot of attention and not a make-up video! In this article I try to analyze it from my point of view.

In March 2016 I filmed the two world-famous Bachata dancers Daniel and Desiree, who are probably the most known and hottest Bachata dancers in the world. The filming took place at the end of a workshop at the Frankfurt Salsa Festival 2016. Since then, this video has reached 6 million clicks. WOW - this number still surprises me today!

All in all, if I remember correctly, there were four workshops from Daniel and Desiree and I have put all workshops with explanatory video and dance video with music in my Youtubechannel online. In the first weeks all 4 videos had more or less the same number of clicks. Also, the later viral video had within the first few weeks only an average number of clicks. Usually my videos get in the first month about 200-400 views from my subscribers. But this time everything should be different.

About 6 weeks later the hype started! Every day I got new comments about the video on YouTube and a lot of clicks. The climax was in the period from December 2016 to June 2017, where I had over 100 000 views per month. Right now (as of February 2017) the video is about 6.2 Million clicks.

In absolute numbers: About 7 million people have seen my videos (i. e. all videos, ~1600 videos together), almost 6.2 million of them alone this one video! 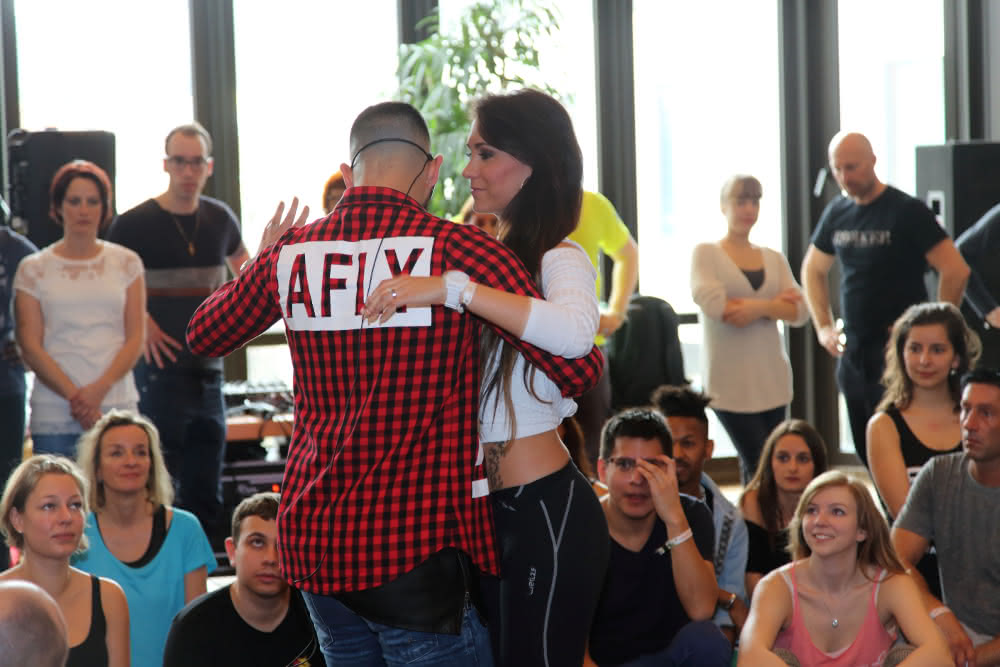 How did this viral phenomenon come about?

Ultimately, it's not entirely clear when a video will appear in Google's search results as top ranked content. If you currently enter "Daniel and Desiree" on Google, this video will be shown for most users at the top. I can hardly understand how this happened. I tagged it just like all my other videos, it has a usual length and was filmed with the same camera as always.
Therefore there must be other causes that were not in my hands: 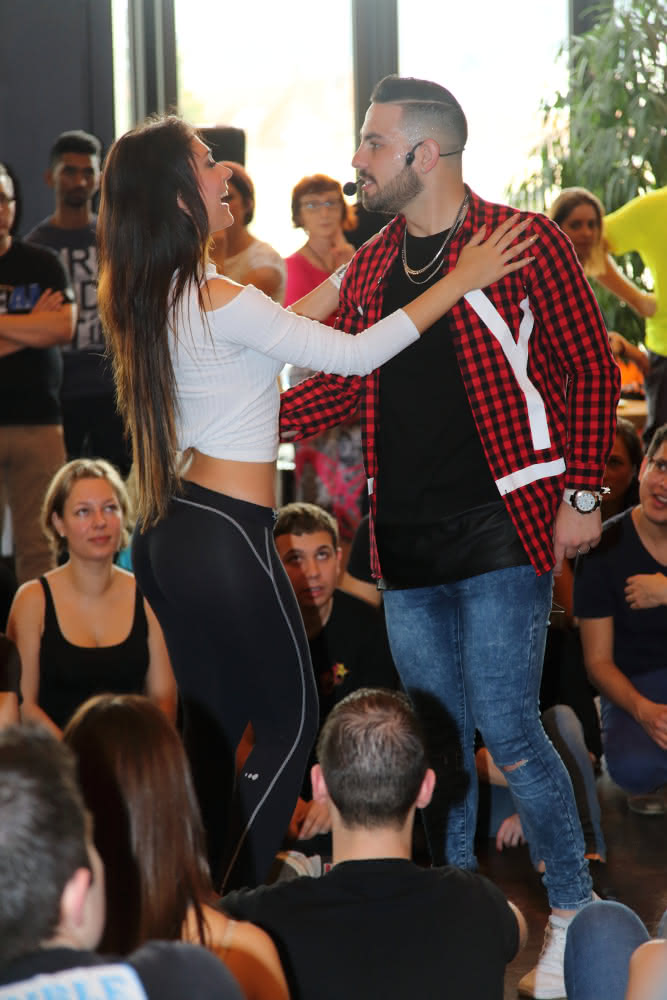 Conclusions on the success of the video 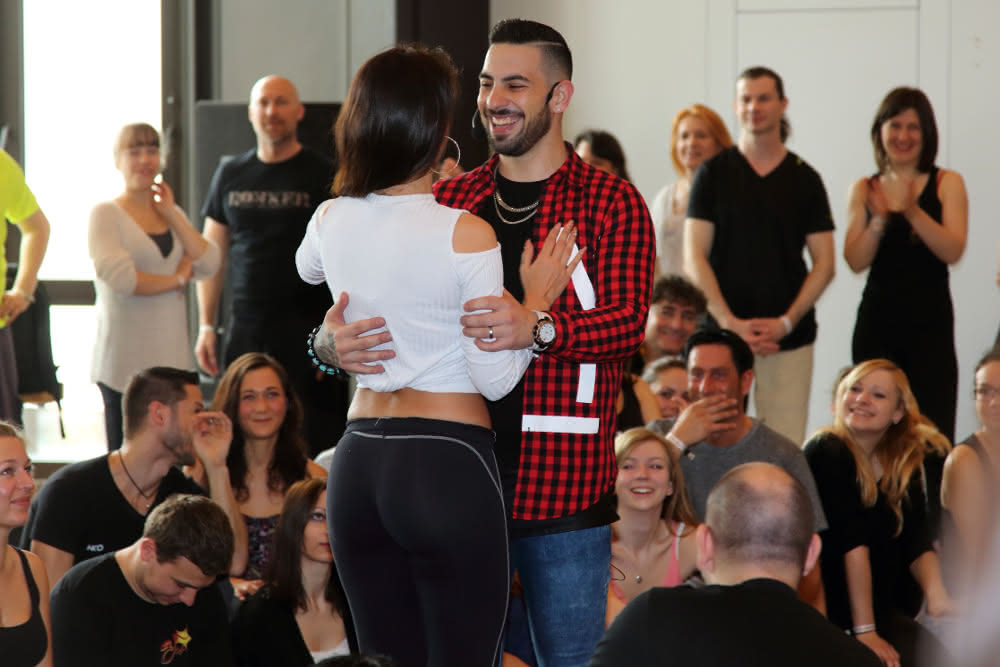 Workshops with Daniel and Desiree are really fun and so instructive

Since I was asked how much one earns with 6 million clicks, sadly I have to answer "nothing"!
Unfortunately, you can't earn money with videos where copyrighted music is played! Google doesn't allow this and the revenue of the ads that are shown go to the music company (although it's my video and my own and the dancers contribution to the video is much higher than that of the mostly unknown musician). But that's the rules!
But at least it was a good advertisement for my channel (which you can still subscribe to Salsainfo-Videos; -)!

Anyway, many thanks to Daniel and Desiree for the great workshop and the work done for years on a worldwide level! You are an inspiration for many dancers worldwide!

Important - please help: If you want to do me a favour, I need urgently more subscribers (the limit for Youtube is now 1000 subscribers to earn mony from my videos) for my biology and chemestry-sience-channel. This is another of my projects, and I care a ot about it, and I do not want to see it die because of stupid new rules!